Today many are jostling for the Governorship seat of Abia state, a number of them are eminently qualified with both capacity and requisite experience to turn around the fortunes of Abia that has been held down for years due to poor leadership recruitment process.

Abia is blessed with the best human capital in the whole of south east as they pride with such names as Okonji Iweala , Aruma Oteh, U.K. Eke, Johnson Chukwu, Chidi Ajegbu and so many more. Therefore, 2023 avails Abians the opportunity to wisely choose from the the numbers that are presenting themselves as solution bearers of Abia leadership problem.

Today Mr Peter Obi, the former Governor of Anambra State has become a barometer for measuring the qualities expected of leaders we need to change the narrative for Abia State and Mr Obinna Oriaku fits.

Mr Obinna Oriaku is a selfless leader just as his passion lead him to serve Abia for four years (pro bono)without being paid salary by the state as his former employers First bank paid him for the four years. His focus was on instilling financial discipline and sacrificial leadership in the state by drastically reducing the cost of governance which has been identified as major reason for poor infrastructure and general underdevelopment of Abia state

He on assumption as economic adviser to the Governor he reduced the cost of attending monthly FAAC meeting at Abuja from about N4.4m to N.9m then made up N1.6m for the Commissioner reduced to N.5m, N1.4m for the Accountant General, reduced to N.4m and N1.4m for the Permanent Secretary Finance reduced N.0m as he stopped the Permanent secretary from attending FAAC meeting since Abia was the only State that was sending three people to Abuja instead of statutory two( Commissioner & AG)This action earned him backlash as some of the affected people were related to those who believe that Abia state is theirs.

Mr Obinna Oriaku even as a Commissioner who draws authority from the Governor, was able to dismantle some of the structures that encouraged fraud in government and introduced numerous reforms that aided the State to achieve the little Abians witnessed within the first tenure of Dr. Okezie Ikpeazu’s administration.

It is very clear that these reforms contributed to the achievements of the administration between 2015 to 2019 understanding the recession and low receipts that characterised that era hence it is referred as the glorious era of Okezie Ikpeazu’s administration. All the major projects ranging from remodeling of Enyimba Stadium to the automated Shoe factory and major roads where done or initiated during that first tenure period and a lot was achieved even with the distraction of protracted litigations that lasted over three years.

While we give credit to the Governor that gave Mr Obinna Oriaku the authority and opportunity to carry out these reforms, the following represents the areas he touched while serving as a Commissioner:
1 Review of the overhead of the State Exco allowance from N1m to N.5m.
2 Review of Commissioners’ official cars from Prado of N18m to Hyundai IX 35 of N6.9m as at 2015.
3 Review of the SSG overhead cost from N14m monthly to N7M monthly.
4 Review of the 3% of monthly JAAC allocation to seven members of local government service commission from average N30m to N6m.
5 Review of salaries management of civil servants (automation,centralization and integration brought about a savings of about N600m monthly
6 Automation also identified and exposed ghost workers earning from different MDAs and those earning salaries as Special Advisers and Civil Servants at the same time.

7. Abolished the use of 19 sub treasuries that was a conduit for fraud and replaced it with automated pension payment which saved funds .
8. Review of the wage bill of Permanent Secretaries and eliminated a so called security vote that blew-up the salary of Abia Permanent Secretaries to be the highest in South East and beyond.

Today Abia workers remember when Mr. Oriaku was in the saddle as the “good old days”. If the state then was struggling with an average receipt of N2.9b monthly and owed secondary school teachers 5 months salary arrears etc, Why are they being owed 14 months today when current allocation averages N5.6b, yet the State’s monthly wage bill of secondary school teachers has been reduced from N470m to N200m following the disarticulation Mr Oriaku championed the reform which transferred the wage bill of JSS 1to 3 Teachers to the Local Government system.

We know today that over 79% of Abia State monthly receipts goes into recurrent expenditure that is an express route to perdition. ABIA is God’s own State and the solution to her rediscovery starts with the fear of God and financial discipline as seen in Anambra during Peter Obi.

Mr Obinna Oriaku was able to implement the much he could under the leadership of the present Governor who takes the credit but it is regrettable that most of all those reforms which should have seen Abia grow were all abandoned when the owners of the state insisted that Mr. Oriaku will never be part of the administration.

It is instructive to note that Mr Oriaku understands the problems of Abia better than other aspirants having worked deeper in Abia as change agent . He is the only person who has come out openly to confront those who believe Abia belongs( personal estate )to them both while in and out of Government.

Many stories were peddled about his stewardship especially in the negative from those who believe Abia belongs to them but to the glory of God, they have all tuned positive. Today Abians are wiser and the God who called and sustains him knows that he remains the best choice for Abia State come 2023

If he could achieve the little as a Commissioner working under a Governor, then entrust him with the entire responsibility and see God cause Abia State to blossom. 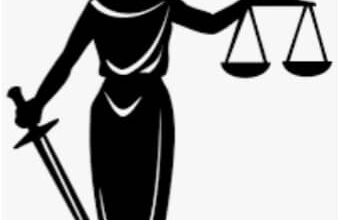 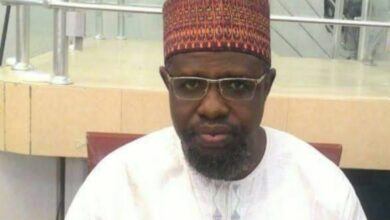 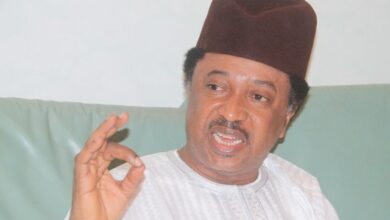 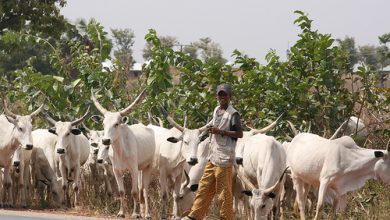