The 55th birthday anniversary of Governor Ahmadu Umaru Fintiri, the governor of Adamawa State presents this opportunity to celebrate the life of an unrepentant democrat, quintessential public servant, and a patriot who is passionate about our state’s place in the 21st century. Though this is an individual tribute, highlighted by personal encounters, it honours a Nigerian who through both his official and private capacities, has continued to work for national cohesion and integration.
Our paths crossed over Fourty Five years ago in the course our sojourn on earth.
Then, an ebullient Ahmadu Umaru Fintiri rose from being a young Lad from the Barracks in Minna to a local prodigy in primary and Secondary schools.

From atop a senior functionary of government, I considered his demeanor and approach rare, especially in this part of the world. I was humbled by the simplicity of this Politician and respected his penchant for keeping in contact with His seniors and Contemporaries.
Now it has been said in different ways that the future is not predictable and there was nothing at that moment to suggest that Fintiri would later become a two-term governor of Adamawa State come 2023.

In the course of my professional work and interactions with public servants and politicians from various parts of the country, I have had the privilege of reporting on their attempts to make a mark in their own right. But my association with Fintiri has left an indelible imprint, especially with his efforts to harness the transformative capacity of our abundant human and natural resources to build a prosperous and inclusive society. His approach has further enriched my understanding of the intrinsic qualities of national integration in diversity. In him, I have seen and experienced an exemplary persona of what we hope for in a ‘detribalized citizen’ of this great country.
In my line of sight, thinking back to the young marighi boy, raised in the bountiful serene Madagali local government, growing into a determined Nigerian, his belief in the promise of this country of many ethnicities and his preference for competence over a tribe or primordial sentiments marks him out as a strong face of the promise for Nigeria and Adamawa.

Although we are of different faiths, it was he who sponsored my pilgrimage to Jerusalem. So, while I do not wish to undermine the concerns of some over his emergence as Governor of Adamawa state, I do however strongly believe that those who impute it to an ordinate ambition in 2019 are speaking from the standpoint of ignorance.
As a journalist, I would lean primarily on the available evidence based on the actions of Fintiri the Governor, which supports an ambition laced with love for humanity. His global or national worldview as a necessity has always rejected clannishness in all ramifications.

Next year’s election will be significant and consequential. It will determine if our state will continue to move forward or regress to our old decadent ways which almost plunged us into an irredeemable abyss. The vile campaign of reactionary opposition forces notwithstanding, I invite you to critically look at the unimpeachable public service record of Umaru Fintiri and his intentional service. In this season of heightened ethnic saliency, we need to continue with democratic consolidation.
The famous American Civil Rights leader, Martin Luther King Jr, once said, “The ultimate measure of a man is not where he stands in moments of comfort and convenience, but where he stands in times of challenge and adversity” Thus, it is instructive to note that Fintiri has often chosen the path that promotes peace and good governance.
This is the Fintiri that I have had the privilege to know and have come to appreciate as a mentor. He is a leader with profound vision and enormous capacity; and above all, he loves this country and its people immeasurably. Felicitations to him on his 55th birthday anniversary. 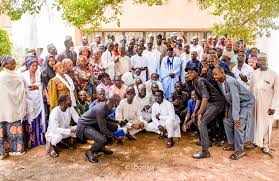 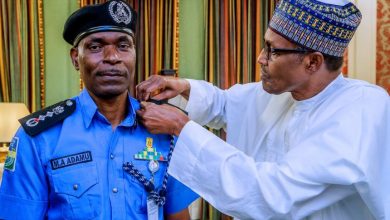