Alhaji Umar Mustapha Madawaki, aka Otumba, APC gubernatorial aspirant has yesterday, described the approval of N1.3 billion by the State Executive Council, SEC, as nothing short of clueless waste, as serial looting, further disgracing by degrading Adamawa to a deepening disgusting debris of debt.

Otumba was reacting to the contract variation said to be meant for the design and construction of grade interchange and underpass at police roundabout in Yola.

SEC disclosed that the initial contract sum of the project awarded in July 2020 was N5.8b out of which government has paid the contractor N4.5b and the work has reached 90% completion.

The reasons for the variation the SEC said include but not limited to high cost of building materials, installation of CCTV cameras, high cost of compensation and wire fencing to prevent vandalization.

According to Otumba, the construction of bridge where there is no river is simply a window through which Adamawa treasury is smoothly siphoned; a symphony of state destruction, designed to drain the state – kneeling on loan – lean.

“Youths should imagine what positive additional impact would N1.3 billion make if it were to be invested in either portable water, healthcare, education and/or skills acquisition programmes for self-reliance; the question of entrepreneurship,” Otumba would articulate.

Otumba alleged that local government and political parties primary elections are under way, to effectively fund the electoral manipulations, funding would be necessary, crazy contract of building bridges on dry land could serve as manipulative window for the fund raising with the additional contract variation, he referred to as conduit pipe.

“Letting the PDP governor succeed himself would simply be disastrous. Check it out, no government in the state has collected such stupendous amount of loan than the present governor.

“Our findings would show that free education in Adamawa is a farce, a fairy-tale; education isn’t free in overstretched public schools constrained of qualified teachers. Students still buy writing materials, uniforms, shoes, transport themselves to and fro in addition to other rather unlawful charges.

“The government that claims to run free education could not provide even sufficient chalk when schools ought to migrate from the use of black to magic boards.

“There used to be examination question papers and answer booklets, with the deceptive introduction of the seeming free defective education, exam questions are now written on the blackboard. Tell me, how honestly can the students be effectively assessed?

“Doesn’t it amount to a waste of resources funding WAEC and NECO in schools with dysfunctional library, lacking science laboratories with students who couldn’t construct single, simple sentence?

The governor is propagating free healthcare services for the pregnant women, the infants and the aged. How effectively free are the services in a dysfunctional health facilities constrained of medical and health professionals? It’s time to wake up to the reality and say no to cluelessness,” Otumba would draw popular attention. 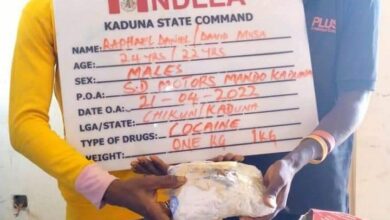 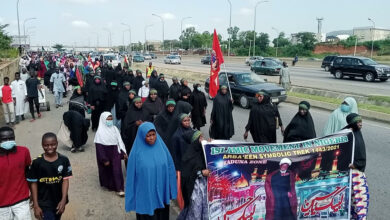