The lines isn’t a song under the sun from Young Leon on the hilly country side, known as Lone; isn’t alone but along with others along the way “from the three-sister hills in Song to Hong; a long walk working to Sai-Matan-Nan to Dougirei Hill,” it isn’t from the idle juvenile poet in the jungle breaking a riddle on political judgment, it is a train without a railroad, a kind of peaceful but protesting caravan, singing a leaderless, rather spontaneous revolutionary song; a revolt not entirely inclined to the wives, to have moralise the poet playwright, John Pepper Clark’s “The Wives’ Revolt,” as much as it is not entirely a women’s procession, having the gentlemen as youths and body of boys on board, not rocking the boat but protesting against the judgement that disqualified Senator Aishatu Dahiru Ahmed, a.k.a Binani from flying the Adamawa governorship flag under the major opposition party in the state, the APC.

The critical thinking Paul Thelma, harping on Pauline Tallen’s latest talent, would have taken the thematic preoccupation, the population of the popular procession of the peace protests as typical of J.P Clark’s “The Wives’ Revolt’ a literary critic would articulate as depicting a protest against inequality, highhandedness, oppressive social structure imposed by patriarchal laws, poor crisis management and inequitable distribution of resources, exemplified in the attempt at judicial disenfranchisement of the electorates and denial of a female mandate, considered as aberration to participatory democracy.

The electorates, whose major composition is women, demand judicial justice, a recertification of Binani’s mandate; a lone female governorship candidate in the country, considered by the peace protest as the would be first female governor, making history in the country, whom President Muhammadu Buhari referred to as the Governor-In-Waiting.

Even though the federal high court judgement that voided the APC Governorship Elections in Adamawa state, hence disqualified Binani from flying to the sky the governorship flag would be challenged before the appeal court, before the 2023 general elections, the electorates would from the court of law have to take the judgement to the court of public option, which they could have conceived would shape the determination of the higher court.

“No Binani No Election,” “No Binani No Voting,” “Sai Matan Nan,” “Kiran Jama’a,” “The People’s Choice” “Democracy Has No Gender,” etc, are captured as the content of inscription contained in the fliers, posters, banners and placards displayed by the procession of peaceful people in protest.

“The Monday protest in Hong local government is both amazing and amusing, ladies on bicycles and motorcycles chanting, Binani everywhere echoed, where stones could not get to reach as the grieving stone pelting youth have no misrepresentation issues with Binani as much as they have no reservation or antagonism against the Matan NAN governorship aspiration as moved by the popular call to get the state out of the leadership maze for peaceful coexistence, unity, fairness and mutual respect devoid of any sentiment, for progress and development,” an observer commending the outcome of the outing would comment.

Other local governments that have joined the peace protest include but not limited to the flowing; Yola South, Fufore, Girei, Song and today in Hong, still counting, it is said. 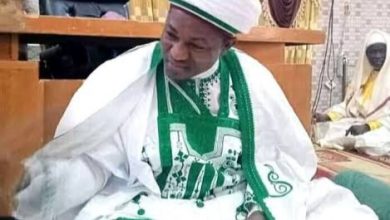 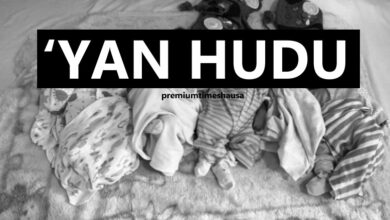 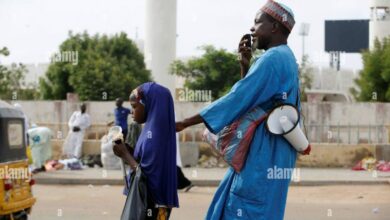 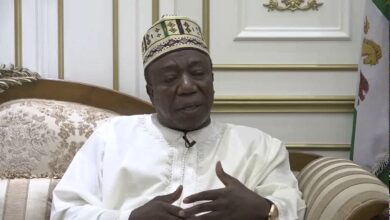