It was a nine-day wonder cooking recipes of interest to people only for a short time particular period, and nothing more than that. One can see this as a square peg in a round table!

Ordinarily, this statement of fact should not have been sacrosanct but was obliged, due largely to politicization, propaganda, negative image, and deformation of his Excellency’s hard-earned name, reputation, and personality.

Let’s reflect back. Sometimes in November 2018, in the build-up to the 2019 general elections, baseless allegations were leveled against the then GPN Gubernatorial Candidate – His Excellency AA Zaura, on 9 count charges bordering on criminal conspiracy and obtaining money by false pretense to the tune of 1.32 Million Dollar and were arraigned before Justice Lewis Allaguo of the Federal High Court, Kano.

Consequent to the allegations above, Zaura had consistently presented and defended himself before the court – taking on the pains of the entire litigation process even when the said nominal complainant had never appeared in the high court for once throughout the trial period. On the foregoing basis, his lordship Justice Lewis in his wisdom discharged and acquitted AA Zaura on a judgment delivered on the 9th of June, 2020.

The judge ruled “the prosecution EFCC Failed to prove its case beyond a reasonable doubt, adding failure of the commission to present the nominal complainant one Sheikh Jamal Al-Azmi a Kuwaiti Nationale to appear before the court for evidence over what transpired between him and Zaura rendered all testimonies by the prosecution witness null and void “ ruled judge Allaguo

But the last Wednesday’s judgment of the court of appeal did not mean an indictment or conviction – the judgment argument was premised on the fact that Zaura was not in the court at the material time the High Court Judgment was delivered, hence. The court of appeal ruled that the matter should be tried again in a Federal High Court. {Reason for his absence on the judgment day was due to the imposition of Nigeria’s government interstate travel ban due to the pandemic).

But without letting the cats out of the bag, Zaura’s legal have already swung into action, doing the needful, nevertheless, it is obvious to carry the millions of his enthusiasts along.
One could see this case as nothing but a saga motivated largely by politics. It is therefore necessitating to call on Zaura’s teeming supporters to stay calm and continue to take the humongous successes to its desired destination. We believe that no amount of politicking should make the hard-earned success be dragged back. There’s certainly no cause for Alarm because Allah the Almighty is in Incharge!

ZAURA’S 200 MILLIONS EMPOWERMENT TO STUDENTS: THIS IS JUST THE BEGINNING… 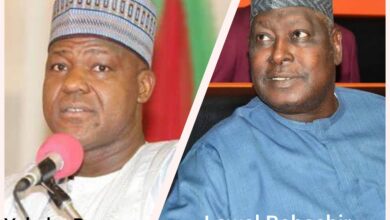