Babachir: The PVC and our prayers will be our weapons, we will massively deploy them in 2023

Mr Babachir Lawal said to be a politically irrelevant individual until a Muslim President brought him to limelight by appointing him Secretary to the Government of the Federation, SGF, which was terminated not by Muslims but following the alleged financial infraction he was involved, only to be substituted by yet another, not only Christian but a kinsman and Rt Hon Yakubu Dogara, the former Speaker, House of Representatives, who would not go beyond the Federal Constituency he represented in Bauchi being supported by Muslims, were said to have championed a meeting of the All Progressives Congress, APC Northern Christian Leaders in Abuja, even though not mounting the pulpit since they are neither pastors nor reverends, called on the northern Christians who are entirely a minority, to vote against the Muslim-Muslim ticket of the ruling party in the 2023 presidential election, ignoring the fact that playing a minority-minority ticket cannot win election.

By implication, instigating the northern Muslims who are in the majority, to vote for the APC presidential candidate who picked a Muslim as a befitting running mate.

Bola Tinubu, the presidential candidate of the party picked Senator Kashim Shettima, the former governor of Borno State, who’s also a Muslim, as his running mate for the 2023 presidential election, a development that continues to elicit outrage from APC’s Northern Christians stakeholders who ignore the fact that Tinubu’s wife is more Christian than they are for being a pastor and their children are independent of the religion of their choice as much as they faith in gratitude to acknowledge that the present Vice President, a pastor was Tinubu’s recommendation.

Speaking at the forum tagged, “APC Northern Christians Political Summit, Abuja 2022”, with the theme, “Righteousness Exalts a Nation, But Sin is a Reproach to Any People”, Babachir alleged that there was an agenda to politically, religiously and economically suppress and oppress Northern Christians, but assured that such agenda would be resisted.

He said Northern Christians were ready to battle the politics of exclusion and oppression, but open to discussions with anyone who wants to engage with them in good faith.

Is it the Muslims agenda and not the delegates that have produced a Muslim minority from the south? Could am unpopular candidate or one that could not attract votes to win election be said to be competent hence he should be picked as a running mate owing to the religious appeal?

Babachir said it was worth noting that all these were happening in the APC-controlled states, stressing that they were threatening to do likewise in Gombe, Kogi and Adamawa states.

Babachir’s insinuation is akin to hypocrisy by ignoring Plateau and Benue states where for long the Christians have been enjoying same faith tickets as governors and Deputy Governor’s, yet heavens did not fall and no one was sent to hell.

Lawal said the proof of its anti-Christian agenda was that APC had completely eliminated Northern Christians from its National Working Committee (NWC) and the National Executive Council (NEC), noting that all their protestations as party members have been completely ignored by the leadership.

He emphasised that as members of APC, they have the right to continue to express their indignation at these happenings and would not give up until they secure the justice that is due them.

According to him: “The main purpose of this historical narrative is to let you know that for the APC, a Muslim-Muslim ticket has been a long-term political strategy and not a one-off decision. Thus, all this talk of competence as the reason for the choice of the Muslim VP is balderdash and diversionary. This is a calculated anti-Christian exclusion agenda that is being implemented.

“One might ask: why is the APC itself mute about our rejection of this Muslim-Muslim ticket? And why has none of the other perpetrators of this crisis reached out to Christians for a dialogue? Why are they instead hiring fake Bishops and taking church groups to further embarrass the Church? Why are they embarking on a vicious media war against CAN and the Church instead of seeking reconciliation? Truly, things are not adding up.

“So why are Christians, Northern Nigerian Christians in particular against the Muslim-Muslim ticket? I will try to enumerate just a few more reasons in addition to the ones I have already enumerated above.”

Babachir stated categorically that they see the Muslim-Muslim ticket as an assent to the current and continuing educational, economic and political marginalisation of Northern Christians.

He noted that Christians all over the country see the Muslim-Muslim ticket as a deliberate and premeditated attempt to introduce and firmly entrench religion into the politics of this country.

This is rather a misleading generalization, political pundits would point out, explaining that there are so many Christians, especially in the south who have not seen anything criminal or marginalization in playing a Southern Muslim minority ticket and northern Muslim majority aimed at winning election for good governance.

Pastor Tunde Bakare is among the key personalities who called on the northern Christians to consider concrete reasons rather than parochial.

“For the Christians in Northern Nigeria who feel marginalised by the choice of a Northern Muslim as running mate, the time has come to upgrade the conversation from politics to governance. The time has come to interrogate the impact of politics on development,” Bakare would advise.

Babachir noted that playing Muslim-Muslim ticket would further lead to disharmony in the hitherto fragile coexistence of the Nigerian society, disrupt peace and hamper both social and economic development of the country.

“A corollary to this mindset is that Christians should also not vote for a ticket in which they are not accommodated. Unfortunately, this is the message we get loud and clear from this Muslim-Muslim ticket. This is truly a wakeup call for all Nigerian Christians. We didn’t start this religious politics. APC and its candidates did; so, all of us should take note and act as appropriate.

“So, our dear APC colleagues, spare us these sanctimonious lectures on competence and the cliché, ‘religion of the candidates does not matter.’ The truth is that the 2023 presidential election will be all about religion, and sadly, you started it; religion does matter in this context, so be ready for the consequences.

“It is important to reiterate that we Nigerian Christians, want to live in peace and harmony with all practitioners of other religions. We want to enjoy social and economic developments like other parts of the world but without peace, justice and religious harmony, this is not possible.

“On our part, we neither seek to oppress nor dominate anyone or any religion. But we will also resist any one trying to discriminate against us and our religion. We were not the ones that started this fight. The APC started it and must be ready to carry the cross it has created. Blaming Christians and heaping insults on CAN will take them nowhere.

“For how do they expect Christians to keep silent when a Northern state governor publicly states that they pressured Tinubu to get a Northern Muslim VP because they did not believe him to be a good Muslim? Is the VP going to be the National Deputy Imam?

“How do they expect us to keep silent when another Northern state governor goes to Osun State and urges them to vote for someone just because he is a Muslim? Was he there for the election campaign or ‘dawah’? What can be a better example of religion in politics than demonstrated by these governors?

“Clearly, there is an agenda to politically, religiously, and economically suppress and oppress the Northern Christian. But we are up to the task. We will protect ourselves. The PVC and our prayers will be our weapons of choice and we will massively deploy them in 2023.

What is the level of Babachir’a political strength in his constituency? How many electorates could he command? If voting should be on the basis of religion in the north do Christians have the needed population capacity?

FIRS is worst corrupt under Nami, employment is either by cash and carries or on VIP treatment basis, APC loyalist worries 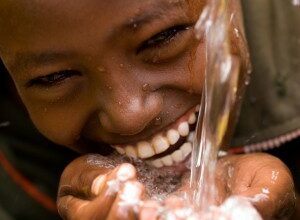 Why Lado Should be docked, jailed and dismissed (1) 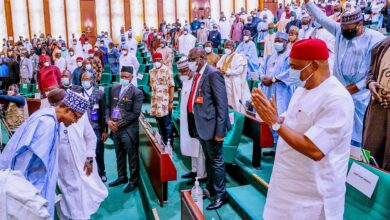