A coalition, African Renaissance Forum For Ethnic Nationality In Nigeria has frowned at online news site, Premium Times, over what it described as a publication targetted at tarnishing the name of Mr. Allen Onyema, owner of domestic airline, Air Peace.

“Our attention has been drawn to yet another unfortunate news item published on PREMIUM TIMES. The news item is authored by one Ade Adesomoju, who is known hater of Mr. Allen Onyema and his business enterprise, Air Peace. The whole objective of Journalist Adesomoju and PREMIUM TIMES is to tarnish the hard earned reputation of Mr. Onyema and the integrity of Air Peace.

“In their desperation to destroy the image of Mr. Onyema and his business, PREMIUM TIMES came up with another concocted fake news alleging that an American woman, who allegedly helped the founder of Air Peace, Allen Onyema, to facilitate a $20 million bank fraud, has admitted receiving $20,000 for her roles over a period of two years,” it said.

The statement which was titled, “PREMIUM TIMES And Their Continuous Campaign Of Calumny Against Allen Onyema, His Business Must Stop!” added that, “According to them that Ebony Mayfield pleaded guilty to the charge at the United States District Court for the Northern District of Georgia, in Atlanta, on 29 June.

“While, we could have elected to ignore this smear campaigns particularly in the media, but it has become imperative to dispel this concocted tissues of lies, fabrication and misinformation.

“We note with deep concern how PREMIUM TIMES have consistently allowed themselves to be use as agent of destruction by publishing lies and fake news about a gentleman who has made and still making so much sacrifices for the good of the country,” the coalition said.

The statement alleged that after they failed in their lies that Mr. Onyema purportedly used billions of Naira from the Amnesty programme to purchase aircraft to start the Air Peace in 2019, they now used another American lie to try to tarnish his image.

‘Mr Allen Onyema had over the years built a reputation of integrity, a promoter of peace and a hard working man. Mr Onyema has been impacting our nation and the continent with footprint of integrity as a Nigerian dedicated to the service of Nigeria and Nigerians in difficult situations at various points in time using his hard-earned income and God given wealth of wisdom.

“This desperation to tarnish an innocent Man’s image has forced us to be deeply worry about the safety of Mr. Allen Onyema and well-being of his family. We therefore draw the attention of Nigerians and the International Community to this plot to silence Mr Allen Onyema by all means,” they submitted.

The coalition pointed out that they can without equivocation, bear testimony to the fact that, Mr Allen Onyema has always supported any cause that will uplift the name and image of Nigeria as well as whatever will accelerate the pace of socioeconomic transformation of the nation.

“If anything, these among others are the qualities that mark him out as a man of repute, unquestionable integrity and worthy of emulation.

“Onyema has over the years built a reputation of integrity, a promoter of peace and a hard-working man, and cannot be allowed to be dragged in the mud by a western conspiracy.

“With each passing day, it is becoming clearer that the apostles of politics with bitterness are bent on pursuing the path of perdition and do not care if they drag the names of innocent person into the mud.” they alluded.

The coalition said therefore, they cannot and will not fold their arms and allow them to mess up honorable individuals like Mr Allen Onyema, who has contributed immensely to the socioeconomic transformation and development of Nigeria.

“Besides, to remain silent is to allow desperate blackmailers to continue to mislead and misinform Nigerians and the international community about Mr. Onyema and the Air Peace conglomerate.

2023: He is better than anyone else-Adamawa Youth endorse Hon Lawal for HoR 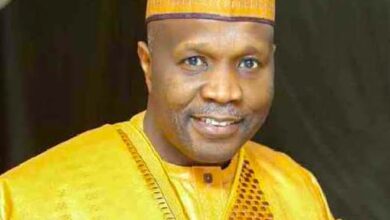 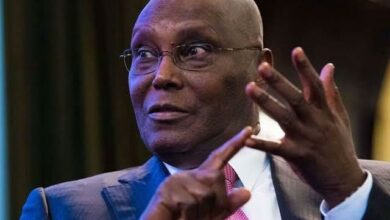 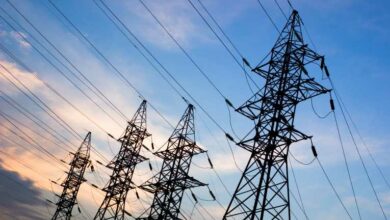