…I nurtured the party, Nyako’s contribution to the development of APC was just 10%, I completed the 90% as a governor…

…Everyone knows that I won the 2019 governorship elections in Adamawa state, but our elders in Abuja, the Yola Fulbe dislike me…

…Give me one reason that I should remain in, I have numerous reasons for dumping APC…

…To be candid, my candidate is Waziri not a Yoruba man who doesn’t even know us…? The question of one-of-us-ness…

…Is it a reality show, a fictional elaboration in political terms or a DEFECTIONOMICS diatribe…? How effective or defective? – The Periscope Literati

There is another viral audio, via social media said to have featured the former Adamawa State Governor, Sen Muhammadu Umaru Jibrilla, a.k.a Bindow, opening another window by means of what was considered as wider consultations for the possibility of a mass defection from the major opposition party, in Adamawa state, the All Progressive Congress, APC, to the ruling People’s Democratic Party, PDP, where he contended, rather clanishly that his major ethnocentric antagonists in the state are the Yola Fulbe.

What audacity to the Yola Fulbe diatribe! How genuine and germaine?

The audio and/or the parliament like setting that necessitated the conversation in Hausa viral audio was said to be a day after a federal high court, sitting in Yola, nullified the APC governorship primary elections – Saturday October 15, 2022 – in Mubi, the headquarters of the Adamawa northern senatorial zone, where Bindow received in audience the former development area administrators he previously appointed.

The 27 Bindow appointed former development area administrators who referred to him as their governor for life and assured him of their unalloyed loyalty, saying that they would back him left, right and centre, where they affirmed that they were the seeds Bindow had sown, which shall he reap.

The group said they visited to register their unflinching loyalty to their principal, typical of disciples in the proverb who are submissive to the received revelation from their political messiah as received truth to sharpen the compass for a way, by any means electioneering forward.

Commenting, Bindow said it was his invitation, a solicitation kind of consultation, a contact call they humbly responded, to be in attendance to chart a new course, perhaps not to be totally out of the system in governance.

Bindow said he invited the group to share with them his understanding following a conversation for a collective undertaking he has had with the Waziri Adamawa who pleaded with him, expressing annoyance over the intolerable humiliation treatment, the Waziri observed, Bindow endured in APC, which was a source of concern, pleaded with him to endure the patience he was endowed with, solicited also for his support ahead of 2023 general elections.

Bindow said the Waziri told him that since the APC has denied him the governorship ticket, he pleaded with him to join them in the PDP for a positive mission to the presidency – that “the what he has isn’t only the ticket for Adamawa, it belongs to the northeast, the zone that has never produced a President”.

“I told him that I should be given up to October, I’d make consultations, reaching out to my supporters as stakeholders before responding to him,” Bindow said

Bindow explained that he was on a mission, opening a window for wider consultations. He said he visited to consult with the monarchs, before coming to his immediate constituency to consult with his loyalists, saying that if there’s any way and anywhere his contributions and support to Waziri Adamawa or governor Fintiri or any body, it should start from his immediate constituency.

“If I should challenge anyone in the country to furnish me with just one reason for staying in the APC, I’d give countless reasons for not dumping the party. I’m not a slave and I don’t look like one.

“I’m not forcing anybody to join the league of my loyalists for the journey to a new dawn. If you honour this project as being worthy, you could join me against the uncertainty that characterized what has been happening in APC, a party that doesn’t have a governorship candidate. What’s the faith of a senator, house of representatives abd/or house of assembly member in an election without a governorship candidate?” Ge said.

Bindow didn’t seem to sniff any future with the APC as an opposition party he would conceive, lacking a strong governorship candidate owing to the self-centred internal conflict.

Bindow gave himself the credit of nurturing the APC in Adamawa state through thick and thin to maturity, the sustainability of it of which isn’t any longer brilliant with the varied rather conflicting domineering interests.

“I singlehandedly nurtured the party to fruition. Nyako’s contributions in building the APC was only 10%. I completed the remaining 90%. Where’s the party now without a governorship candidate?

“I’ve laboured for the party and God knows it was not my idea to join the party primary elections.

“I was a governor. Everyone knew that I won the governorship election In 2019 but some APC elder-stakeholders in Abuja… the people of Yola… the Yola Fulbe… Our parents have for long told us that Yola Fulbe disliked us and now their disdain has become apparent to us. I’ve seen it, you are also experiencing it. Therefore, I have thousands and one reasons.

“I give you a time to consider my proposition as part of my consultations. APC is no more a political party but an NGO.

Even in Mubi North and Mubi South, it is said that there are two conflicting LG party chairmen. What kind of a party is it, a party that is ruled by conflict of self-centred interest?

“I personally have no reason to remain in APC. Politics is based on interest. It’s about benefit; gains not loses. To be candid, my target is Waziri. Is for you to support Atiku to win election, the question of one-of-us-ness.

Can we sacrifice Waziri for a Yoruba man, who when elected president does he know us? If Atiku won the election, I would be in his cabinet. You’re also there if I’m there.

“If for instance we would fly the Fintiri ticket, it would be based on negotiation between him and all of us seated here; what will be our take in his government?

“I have no grudges with governor Fintiri. He’s my junior who listens to me with humility,” Bindow said.

Bindow has on several occasions threatened to defect from the APC, for which some stakeholders argued that he was simply a propaganda aimed to generate income, a kind of defectionomic, this is a perception of a political pundit.

How effective or defective is the, if the would be defectionomic, following the stakeholders consultations?

This takes another story. 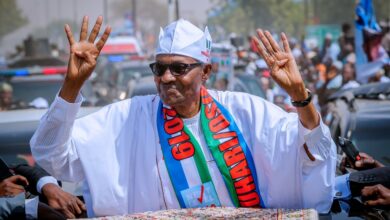 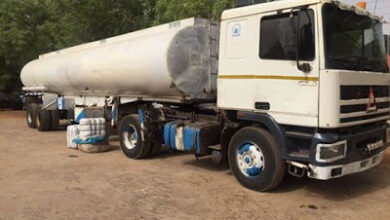 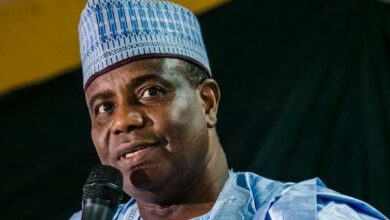 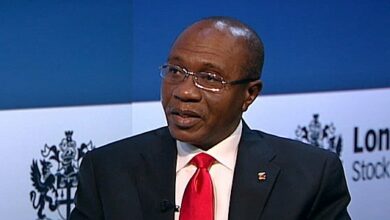