….calls for the sanction of FIRS Boss,as alleges the Chairman indulges in secret employment of many people from Niger state

….says principles of federal character are not being followed for the employment

A Nigerian first-class graduate of Economics, Mr. Gabriel Adudu raised an alarm over what is currently going on in the Federal Inland Revenue Services (FIRS) under the leadership of Muhammad Mamman Nami as the Executive Chairman.

Adudu said the place has become only for the bourgeois and the high-class citizens for their children and wards to work there not for the overall interest of the Nigerian masses.

He worried that how his certificate in economics is becoming a waste after many attempts to secure a job with the FIRS.

According to him, he attended many interviews with the financial agency but his understanding of what is going on in the organization is whose son or daughter are the applicants.

“I understand that if you are not a Son or a Daughter of a Governor, Minister, Senator, SGF, or even a high-ranking member of the National Assembly that place is not meant for you.

” If you’re not coming from the office of Mr. President or vice president, then ready to pay close to ten million for you to secure a job there as a graduate.

“I’m so sorry for what has become of the Nation that we the younger generation are not proud of,” Adudu said

Mr. Gabriel also alleged that the Executive Chairman has in recent time under his watch hundreds of people were given employment who are most from Niger state.

He observed that the employment principles of federal character were not duly followed which has undermined the Unity and cohesion of Nigeria the country’s leadership is fighting tooth and nail to protect. “Today we found ourselves in a country where there are only two citizens, the rich and the poor, the bourgeois and the masses, first-class citizens and second class, the high class, and the low class, the powerful and the powerless.

” Few Others are above the law while the rest are victims of the manipulative Justice, the commoners are the so-called Nigerians while the elites and their families are the real Nigerians who ought to work in places like FIRS, CBN, NNPC, NIDC,

“I was reliably gathered recently 500 people were employed secretly through an interview conducted in South West Nigeria where only candidates from who is who in the country were appointed to work with the FIRS, same place they will tell you no vacant post. I’m tired of what is happening in my country etc.” He cried

Adudu urged the Government of President Muhammadu Buhari to stop the employment and expose those racketeering employment in the country, especially in those agencies considered juicy places.

He said investigating what happening with FIRS through the ministry of the Directorate of employment will give President Buhari a good perspective of what is happening in the country.

“I’m sure President Buhari is not aware of all these abnormalities going on in many sectors of our country if he knows he will not allow this.

“Let the FIRS Chairman and the federal character commission be sanctioned over commercializing employment at the expense of unemployed Nigerians who are from less privileged backgrounds.

‘Mr. President Sir, Nigerians believe you when you said you are for all, and you are for nobody. Why taking the exercise to Lagos and the world is accusing Chief Bola Ahmed Tinubu, the APC Presidential flag bearer as the one adding salt to the nation’s injury of unemployment.

” We are anxiously waiting for the President’s intervention to stop and cancel the employment that only favored some specific class of individuals. Our parents are also taxpayers and as such we are bonafide Nigerians that deserve to work anywhere without knowing anybody.” Adudu stated

He accused Nami of selfish treatment to none Niger indigenes and those from a less privileged background.

Gabriel appealed to President Muhammadu Buhari to intervene on his behalf and many Nigerians from other states that were interviewed and being kept in view for many months while secret employment is going on.

Calls upon calls put the chairman’s number to hear his view over the allegations are not being answered by our correspondent at the time of press.

The post FIRS has become a place for the bourgeois, not the Nigerian masses, applicant lament appeared first on VOICE OF AREWA.

FIRS has become a place for the bourgeois, not the Nigerian masses, applicant lament 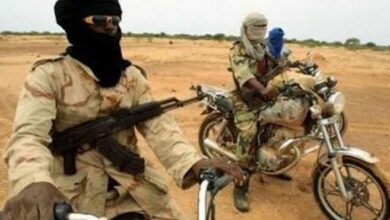 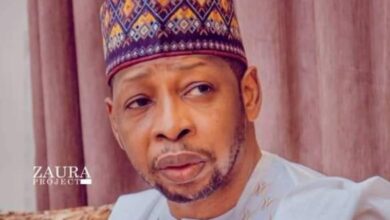 RE- KANO CENTRAL SENATORIAL CONTEST IN THE EYES OF THE STORM: GWALE’S MYOPIC AND BASELESS ACCESSION… 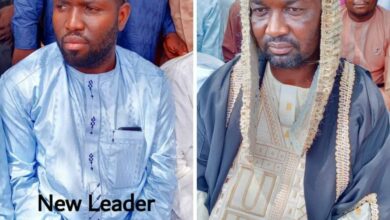 HON ABDULLAHI MUSA, HAS TENDERED HIS RESIGNATION FROM THE SEAT OF COUNCIL LEADER MUBI SOUTH LG 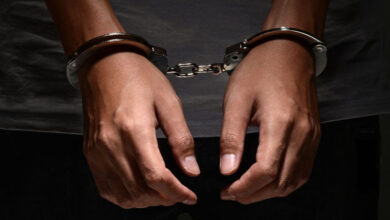