…celebrating generations of generated generals and generous gentlemen, marking the meeting of the made mafia, marchants, managers… congregating the company of comrades… concretising a convention of the made in, made of, worthy of credibility from Yola to beyond in GMMC Yola…

GMMC Yola, Adamawa state, The only school bearing the name of a General and the General; a personification of leadership, justice, integrity, discipline, unity, sacrifice, peace and nationalism; a honoured detribalised Nigerian. Talking about General Murtala Mohammed of blessed leadership memory.

General Murtala Mohammed College, GMMC Yola has just had her Centenary, without sentiment, anniversary; a celebration that brought together alumni, some even long forgotten or hardly remembered from different works of life, within the country and across the sea.

GMMC Yola predates Nigerian independence. The one hundred years with the establishment however depends on the struggles of the citizenry to the country’s peace and unity in diversity.

The college has produced generals and gentlemen; there were and are the actors that man the executive, legislative and judiciary at the highest levels. There were and are the educationists, the men of letters, the medical doctors and other medical and health professionals, the university dons, the engineers, the philosophers, politicians, philanthropists, technocrats, entrepreneurs and media practitioners among other professions, lest I forget good husbands, good partners and good parents.

The most remarkable activity, prior to the centenary anniversary is the different projects in the school being initiated and executed by different classes of alumni. Projects that could take a government lacking political will another centenary to even talk the work than work the talk.

It is also remarkable the fundraising dinner because whatever is generated will still be invested in the oldest college in Adamawa state.

One of my senior college colleagues, currently in diaspora, wondered how the hall he knew used to be utilised for the only final examination; the West African Examinations Council, WAEC, would get to accommodate without suffocating the hundreds of thousands of alumni for a dinner.

“You can be sure that we’re more than a million times decades alumni, how could the hall get to accommodate all, for a dinner?” he would ask after having been sent the itinerary of the events.

The answer, I responded to him, lies on whether or not the college could get to accommodate the entire alumni for the centenary anniversary. “So many of you in diaspora aren’t participating, so many of us within the country aren’t also participating, due to obvious superior engagements, there are some who have given to the ghost to be remembered…”

The anniversary has indeed brought remarkable remembrance as much as has brought grandchildren, children and parents as colleagues together.

There’s no hero in the centenary anniversary, all are but alumni whose distinguished distinctions the piece deliberately distances itself from identifying, treating none with inequality in the celebration.

The post GMMC Yola: A Tiddo Centenary Yo Daddo Anniversary, A Productive Celebration appeared first on VOICE OF AREWA. 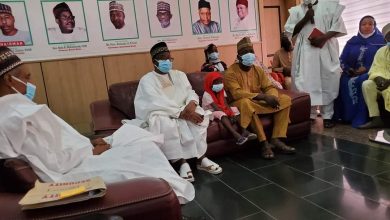 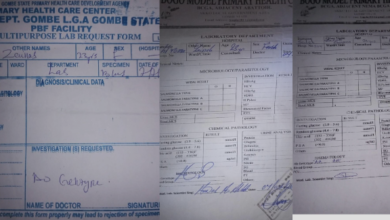 Genotype Scam: How Health Workers in Gombe Issue fake Genotype Certificates for a token and even free 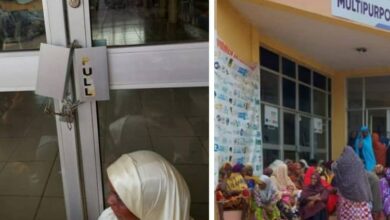