With the 2023 general elections fast approaching, the tempo of political activities and behaviours by political actors are increasingly being intensified in a desperate bid to influence the outcome.

For every concerned indigene of Adamawa State, the 2023 election for the seat of Governor of the state is justifiably generating tremendous interest especially on the prospects or otherwise for the re-election of the incumbent Governor, His Excellency, Rt. Hon.

This piece attempts to answer these questions.
Firstly, can Fintiri win in 2023? Of course he can. Indeed, all candidates in the election have varying degrees of mathematical probability to win the election. In this regard, the probability of Fintiri winning the election is ostensibly even higher in 2023 than in 2019 when he won handsomely.

Secondly, Should Fintiri win in 2023? This is arguably the most crucial of the 3 questions and needs to be addressed objectively by all those who mean well for the state including the electorate. For me, I think that Fintiri should be re-elected in 2023 for another term.

Objective analysts and observers regardless of their socio-economic or political backgrounds would agree that over the last 3 years, Fintiri has provided the kind of leadership that Adamawa State needs and deserves: strong, purposeful, inclusive, progressive, transparent and futuristic. He has boldly deigned to address most of the fundamental challenges of the state. For instance, he has tackled the issues of insecurity and communal conflicts with remarkable success that has tremendously eased tension and engendered peace.

In the same vein, he demonstrated great capacity to manage our diversity especially through his inclusive approach to governance and promotion of dialogue among communities especially in the Numan Federation that had previously been quite volatile.

Perhaps the most tangible evidence of Governor Fintiri’s leadership prowess is in the area of provision of infrastructural facilities that have positive impact on the lives and livelihood of the people.

From urban roads including fly-overs to rural roads, cottage hospitals, schools, electricity supply, water supply, housing projects, and so on, the Fintiri administration has Justified the claim that ‘no one is left behind and nothing is left untouched’.

The Free education policy including payment of WAEC and NECO fees, employment of over 2000 Teachers, implementation of N32,000 minimum wage and Consequential adjustments of salaries of State government workers, regular payment of salaries, enhanced IGR and granting of Local Government autonomy are further indicators of the positive strides of the Fintiri administration.

Finally, will Fintiri win in 2023? Here, only God or those endowed with clairvoyant powers can authoritatively answer this. However, as rational beings, we can, based on empirical evidence and tangible parameters predict some future events with some measure of confidence. Consequently, it is plausible to posit that Governor Ahmadu Umaru Fintiri will win the 2023 Governorship election in Adamawa State.

I have earlier highlighted Governor Fintiri’s leadership qualities and the positive impact it has had on the people of the state. This has made him more popular with the masses. The Adamawa electorate is intelligent enough to want to consolidate on those gains by re-electing him.

Also, Governor Fintiri enjoys tremendous support and goodwill among relevant stakeholders in the Adamawa Project such as civil servants, traditional rulers, religious leaders, women groups, youth, students and so on.

Furthermore, Governor Fintiri is highly respected within the political class especially the PDP. This has been bolstered by the highly successful PDP national Convention that the Committee under his Chairmanship organized.
Ultimately, Governor Fintiri believes in God and the fact that He is the source of all power.

As in every democracy, not everyone will be on the Fintiri bandwagon for 2023. For instance, a few people whose personal expectations in terms of money or political positions have not been fully met may try to behave differently.
However, given his excellent leadership qualities, laudable policies and programmes that have positively impacted on the lives of the people, the tremendous goodwill he enjoys among relevant stakeholders and his trust in God, .Governor Ahmadu Fintiri is poised to retain his seat at Dougirei Government House, Yola in 2023
Yes, Fintiri can, should and will win in 2023. 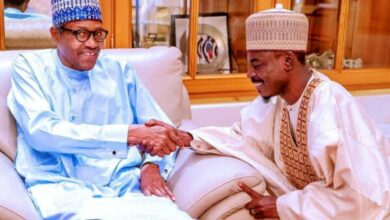 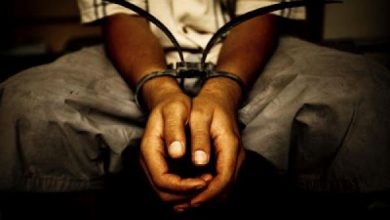 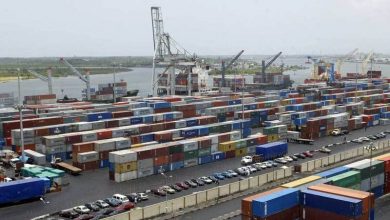 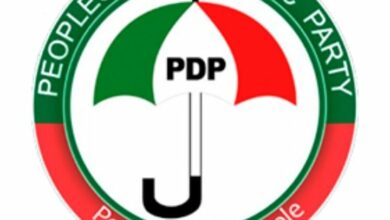 VIEWPOINT: PDP and the Dangers of Disqualification of Aspirants