It was on June 15, 2022 that the State Chief Judge served an order of mandatory injunction compelling Adamawa state governor to approve the appointment of Barr Mahmud Abubakar Suleiman as the legitimate District Head of Jalingo-Maiha, following the Appeal Court determination on September 25, 2020, which affirmed the High Court judgement delivered on July 13, 2018.

Suffice to say, over 4 years with the high court judgment, over 2 years with appeal court determination and about 5 months with the Chief Judge’s mandatory injunction, the palace of the District Head of Jalingo-Maiha remains vacant, because the court order would not in finality be honoured by the Adamawa state governor.

“In the High Court of Justice of Adamawa State of Nigeria, in the Yola Judicial Division, Holden At Yola, Before His Lordship Hon Justice Nathan Musa (Chief Judge), This 15th Day Of June, 2022

“On the whole therefore, this application having been meritorious is granted as prayed. I shall now pronounce and order as follows:

“An order of mandatory injunction compelling the Executive Governor of Adamawa State to approve the name of Mahmud Abubakar as the proper person for appointment as the District Head of Jalingo-Maiha District in Maiha Local Government of Adamawa State.

“Issued at Yola Under the Hand of the Hon Chief Judge and Seal of Court. This 16th Day of June 2022

Based on what he observed as the violation of court injunction with impunity, a Lagos based human rights activist, Yinka Dare would lament that the primacy of the judiciary by means of dishonouring courts order, the rule of law, equality before the law and fundamental human right feared violated with impunity, tantamount to the enthronement of fascism in democracy.

An excavation of archaic anarchy as exhibited, exemplified by the very act of mismanaged unconscious bias, Yunusa Abubakar the literary critic would corroborate rather poetically.

The electorates would not figure out “the reason Adamawa state governor is so much against the monarchy in and the nobility of Jalingo-Maiha to have warranted undue delay in the approval of the appointment of the court declared, Emirate Council selected district head, typical of denial of the legitimacy of the district headship and the primacy of the court and the judiciary.

“It’s not just a court and a judge but the Chief Judge of Adamawa State that has issued the judgement in line with the earlier high court and the appeal court judgements. So why is the executive undue delay in adhering to the court order and by implication, the rule of law?”

There was a heated debate between some people sympathetic to the plight of the monarchy in Jalingo-Maiha and those in support of the state governor.

Points were presented that in addition to the denial of the legitimate monarchy as courts have declared, Maiha remains the lone local government that governor Fintiri failed to visit after the 2019 electioneering atmosphere; there is nothing entirely state project executed in Maiha local government following the 2019 election and that the Pella-Maiha road contract, as re-awarded, was in honour of the Honourable Commissioner of Information and Strategy who hails from Pella and not courtesy of anything lobby, Maiha favoured.

In response, the group in the opposition would say that Maiha did not vote Fintiri in 2019, the same way PDP would win the 2023 governorship election in Adamawa state without any vote from Maiha.

The question, if someone would ask, is there a correlation between the outcome of the 2019 election and the reaction in action of the state governor to the people of, and Maiha local government? 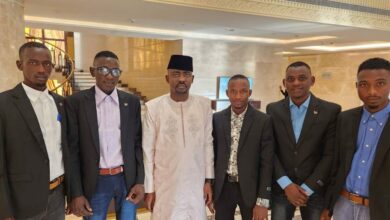 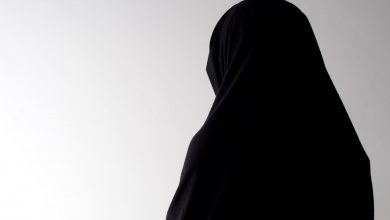