A lawsuit before Justice Abdulaziz Anka of the Federal High Court, Yola, Northeast Nigeria, have alleged that the Speaker of the House of Assembly, the Rt Hon Iya Abbas, falsified his declaration of age contrary to section 29 of the Electoral Act.

In one of the exhibits presented to the honourable court, Hon. Abbas purportedly deposed to an affidavit in 2011 whereas he hsd died 13 years earlier.

The lead counsel to the plaintiffs, Abdulhamid Mohammed (SAN), in a counter affidavit before Justice Anka held that Abbas falsified documents and affidavits in 2011 and subsequently forwarded them to the Independent National Electoral Commission (INEC).

“Our case is within a narrow scope, in 2011 he swore an affidavit and said his father deposed to that affidavit, subsequently he presented those documents alongside the INEC’s forms, saying that his age is in a particular bracket. We looked at the date of the affidavit and as of then, his father was already late for about 13 years.”

Mohammed Murtala Chubado and Honourable Ibrahim BabaYola Mustapha (Baba 10), both plaintiffs in the suit, are challenging Hon. Abbas as the candidate of the People’s Democratic Party (PDP). Abbas allegedly gained the PDP ticket through massive electoral irregularities in the recent primary election.

The Senior Advocate (SAN) who put up a spirited defence for Murtala and Hon Ibrahim said two out of the three cases dealt with the conduct of the PDP primary election of the central Senatorial zone, which, he said, was characterised by irregularities.

He argued that there were two different delegate lists, and in all of them the lists came and voted, no nobody was sick and that informed his curiosity to query the authenticity of the lists.

“There are three suits, the first two are dealing with primary conduct of the election while the other one is dealing with falsification of documents.

“We want the court to go to all-round exhibits and determine by the Electoral Act and party guidelines whether there were guaranteed primaries.

” We are praying that the court will disqualify him if it finds out that he falsified his documents contrary to sections 29 subsection 5 of the said act, set aside the election, and prohibit him from coming around to campaign and cease to be the PDP candidate.

“So both the party and the candidate will be prohibited from fielding that candidate because of the consequences of giving false information,” Abdulhamid said.

He went on: “The position of the law under Section 29 of the Electoral Act if a candidate you contested with on the same party platform presented documents to INEC and those documents turn out to be false or he presented false documents to the electoral body you have the right to come to court and challenge the falsification of that information.

“How will he say that in 2011 the same person that was late 13 years ago is the same person who deposed to an affidavit of his declaration of age? How will the electoral body and the eye of the law take that kind of document?

“He also annexed two documents from his political party and called them his membership card which has different numbers on those forms? This is clearly false information for which we filed a suit against him.”

The plaintiffs’ defence counsel said the defendants (Iya Abbas, Adamawa PDP, and INEC) have failed to put up convincing arguments. Rather, they are going around his counter affidavit with no substitute.

“When they filed a counter affidavit and their defence to the suit, they are more or less restating what we say, busy giving baseless excuses.

“I informed the court today they ought to have come with other documents different from ours, not to go around our documents and start telling stories. They didn’t say anything to contradict what we have already stated in our suit.

“They would have come with a different defence, which they have not done. The party they have sponsored did not file any counter to challenge what we are saying in our process.

“We are now asking the court to disqualify him and give us judgement so that he can’t participate in any election.”

Abdulhamid said he is confident and very hopeful of success because the exhibits and facts presented before the honourable court are zgood enough to make his clients get a favourable judgement.

Counsel to the defendants, Barrister Hyacinth Shabbo Tersoo, said that PDP complied with the guidelines of the Electoral Act during the primaries and that his client emerged as a winner.

Responding to journalists in Yola, Tersoo said they have attacked the case by putting forward substantial augments if one looks at the claims brought to the court by the plaintiffs.

He held that the court will never grant the plaintiff’s prayers even if the court answers their prayers in any way.

“Unfortunately, I was involved in all three cases and I know the substance of the cases. As to whether our client breached the law is left to the court to decide; we have put forward our defence.

“Anyway, the ultimate decision at the end of the day is that of the court. We are confident in our argument that our client will be free and not wanting in any case,” Tersoo said.

Justice Abdulaziz Anka reserved December 3, 2022, or earlier for the judgement. 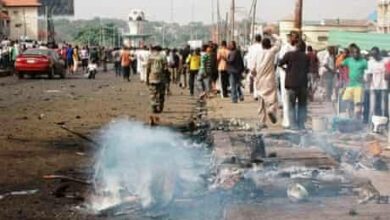 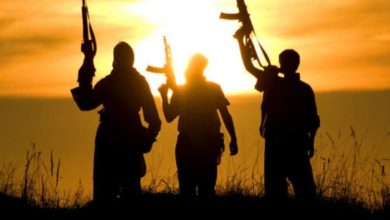 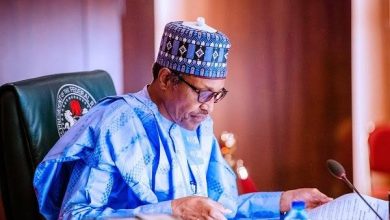 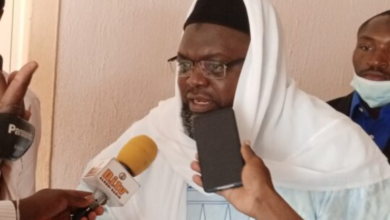