A personification of the power in the people’s positive, popular call – “Qiran Jama’a,” for “Sai-Matan-Nan,” in spite of the gender-bias-based sermons’ that are far from being persuasively sensible against the Senator’s aspiration, ruled by the call to get the state out of the leadership maze, exemplified by her effective representation; owing to her detribalised, rather ethnoreligious effectively controlled bias; a sense of patriotism with the consideration of moral sensibility based on spectacular respectability, a spirited humility with the consideration of, the respect for elders, monarchy and constituted authority, Engineer in the scholastic and professionally certified sense, technocrat in business calling, philanthropist in the spirit of humanity and servant-leader in the hearts of the masses as a political philosophy, rooted from the training at birth to consider sheltering the flock first before self, associated with the shepherds’ occupation, taken from the Bible, “to lead the sheep to pastures and water (Ps 23:1) to protect them from wild animals (1 Sm 17:34-35); and to guard them at night, whether in the open (Lk 2:8) or in sheepfolds (Zph 2:6) where they counted them as they entered the fold (Jr 33:13)”.

The entire week was about the amazing amazon, the Distinguished Senator Aishatu Dahiru Ahmed, a.k.a Binani. How the federal high court sitting in Yola, Adamawa state voided her governorship ticket based on what was given as over voting, hence barred APC as a party from joining the 2023 governorship race in Adamawa state.

The Anka judgement has instead instigated the popularity of Binani; the state and beyond went in mourning following the pronouncement as reported, the phone calls registering commiserations have metaphorically deafened her ears. “You can only imagine that,” a juvenile poet would in “spontaneous overflow of powerful feelings recollected in tranquillity,” reflect, moralising William Wandsworth, one of the early generation of English Romantic Poets.

The Periscope Global management tried, couldn’t get her line but the response that “the user is busy on the other call; her house in Abuja was reduced to a congression of mourners cut across, gender, states and social status. It was the calm and comforted amazon with her husband who traversed the academic, administrative and political territory, whose roots, like that of his wife, are traced to the Modibbo (spiritually sound, educationally likened to the modern day professorial attainment in formal terms) who would in sermon call for calm, urging the mourners to remain faithful to fate while consultations were ongoing to decide whether or not to challenge the Anka judgement before a higher court of law in the interest of the electorates and participatory democracy.

Binani would have to break her silence she remained, following the court judgement, when she was said to have received unhealthy information that the concerned electorates, mostly female gender, have threatened a self-disenfranchisement by destroying their PVCs they considered as meaningless without their governorship candidate; a negative reaction to the court judgement they would conceive as judicial disenfranchisement.

Binani, the winner of the court voided APC governorship primary elections in Adamawa state has appealed to her teeming supporters to be faithful to fate, while she was in stakeholders consultations with a view to appeal the judgement that sounded disheartening and disenchanting…

In her usual humility, respect and the consideration of politics without bitterness, Binani said that Malam Nuhu Ribadu, her elder brother, has the right to challenge her victory at the poll before the law as he duly did, which she said it’s normal and not unexpected in politics.

Like every moralist trained to be submissive to destiny and that everything being tied to time, Binani considered the judgment as a test of faith, which she prayed to be among those who would scale through, with the mindset that power and authority do not belong to anyone but to Allah SWT, He gives it to whomever He Wills and takes it from whomever He Wills at His appointed time.

The selfless Binani who would want them to think beyond her time and beyond her support, appealed to the electorates not to be self-disenfranchised by destroying their PVCs, the functions of which are beyond the use for voting.

Binani has assured the electorates that the judgement, having disqualified the election, has not given the option for the conduct of fresh party primaries, therefore, her take is to seek for judgement that would reaffirm her governorship ticket before the appeal court, urging the teeming supporters to remain calm in wait for the outcome of the appeal court judgment.

The love of her state, patriotism to the nation and loyalty to the political party she belongs to and holds rather assiduously have clearly reflected in her sermonic call for calm, where as APC presidential campaign coordinator for Adamawa state, the amazing amazon assured rather tenaciously that her mission would be to ensure victory for APC candidates in the 2023 general elections irrespective of whether or not she would be participating as a governorship candidate.

“We’re all members of the APC. The fact that Malam Nuhu Ribadu, my elder brother, is a friend to the presidential candidate will not in any way discourage me from my task to ensure victory for APC in Adamawa state. It’s all about the party rather than a candidate,” Binani would say.

In spite of the call for calm, the overwhelming electorates in Adamawa state, who have sensed talent in Hon Pauline Tallen’s call, as a minister of women affairs, have taken to peaceful protest procession, which started in Yola, the state capital, followed by the headquarters of Numan Federation, one of the oldest local governments in the state, then in Girei local government and beyond, to be participating; displaying banners and placards, chanting “Sai-Matan-Nan,” “No Binani No Election,” “Justice For Binani Is Justice For Democracy,” “We Need Justice Against Conspiracy,” etc.

This is taken as a pure, untainted, unhindered love and support of, for and from the electorates to the worthy elected, also serving as a contestant to beat indeed.

Binani Bags The Periscope Global Personality Of The Week 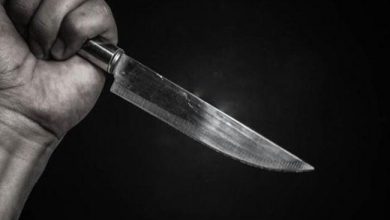 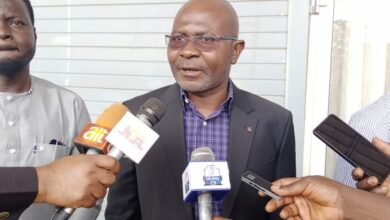 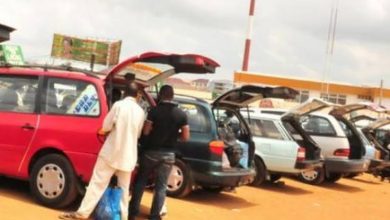 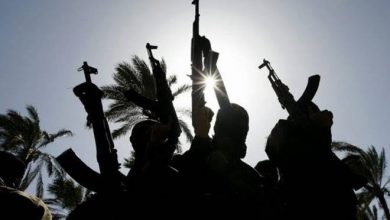