I’ve not met him for a long time. He has however been registering his condolences commiserating with me over the loss of my family members via telephone conversation and text messages.

The last time we met was in April this year, following the death of my beloved wife. It was a painful death indeed, he would acknowledge that he had to suspend every engagement to pay a condolence visit.

My lovely wife, now late, attended the same high school – GGSS Yola – with his beloved wife who knew me as a volunteer literature teacher who also introduced government as a subject in the school sometimes in the year 2000, after having served the nation through the NYSC and was back home for the next line of academic action, while also running a programme called “OUR CONSTITUTION” with ATV Yola as a producer.

A tap on my shoulder, turning back, it was Alhaji Haladu Mohammed, a.k.a Dan Kwai, a holder of Sardaunan Jimeta traditional title. We exchanged pleasantries. Suddenly, empathy betrayed his emotion expressed in his face, though he wore spectacle.

“Noi beddaari munyal derdam?” He would ask in fulfulde language, over the irreparable loss, he would encourage me to keep being strong, remain faithful and move on to the direction that fate decided.

I thanked him for the concern, for being with me in one of the most trying times, asking about the kids and praying for their late mother abode in Jannatul Firdaus.

I commended his patience and political maturity, submitting to fate; surrendering a consensual call to step down from his representational aspiration, not due to the capacity but political arrangement, after having spent fortune in the campaign prior to the party primaries.

While other aspirants in the party felt disappointed and betrayed by, have disengaged themselves from lending support to the governorship candidate, Sardaunan Jimeta would say that it’s all about the party rather than an individual, keying to the philosophy of politics without bitterness.

Dan Kwai pointed out that what fortune spent would not give life to the dead, which is the most precious and a priceless loss for which I humbly accepted the demise of my wife in good faith, the same way, power belongs only to Allah the Most High that no mortal could give or deny anyone thereof. There’s no cause therefore to be angry about a disappointment, which as an end in itself, is a blessing After all, there’s fun in playing politics without bitterness, without bickering.

“Are you back or just going to Abuja?” I asked.

“Whichever, whatever and however you take it brother but depending on the context,” he responded rather politely.

Haladu was among the 871 inaugurated members of the PDP presidential and governorship campaign council in Adamawa state, ahead of the 2023 general elections. There’s no better time to be in the state than now but he also has his investment to supervise and contacts to make outside of the state, hence he’d be on an off for now, he would say.

“The task is to retain the governorship position in the state and to reclaim the presidency, you can be rest assured that this would be an accomplished mission,” Sardaunan Jimeta would say.

I asked him of the possibility of going to the poll without the APC governorship candidate; the major opposition political party and the most popular candidate.

Dan Kwai said he was not interested in political party gossip. He’s no more in APC, hence it’s theirs to sort out.

“I’m not fanatical a football fan, but you can be sure that red card only disqualifies erring footballers, it doesn’t take away the entertainment from the game. There’s also the question of workover.

“However, it would be more interesting playing the game with a rather strong opposition in the field. The bottomline is what achievements and what task ahead a candidate or his party could convincingly present before the electorates.

“We do not have such constraints as a PDP, the records of performance are made public. It is now promoting us as a party.

“Even the national government that is led by the APC has acknowledged the face-lift in terms of infrastructural development Adamawa state is witnessing more than in the previous governments.

“Hospitals that were moribund are now merry-bound. The free edition promised is open to the public, not to stress the prying eyes. Children from economically disadvantaged families in the state are now having access to education.

While as a family, the PDP is strategically showcasing the work talked about, others are busy stressing themselves exchanging words. That’s the current electioneering atmosphere in Adamawa state.

“This is just a tip of the iceberg. At the moment, the mission is the journey to Abuja. I hope The Periscope Global can give me a space to be detailed one of these days. Once more, be patient, prayerful and remain strong,” Haladu said when it was about time to fly in the air. 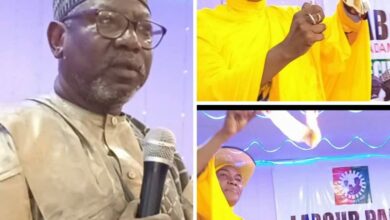 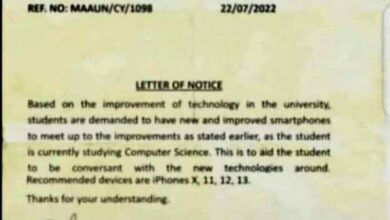 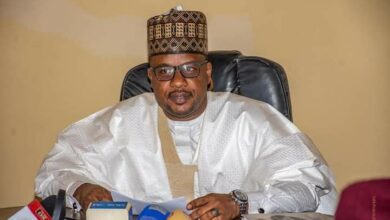 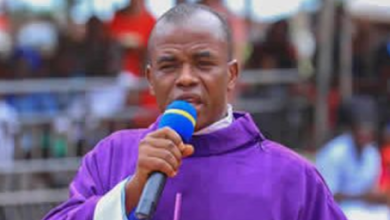