Speaker Aminu Iya Abba, the PDP Adamawa central senatorial candidate is coming into the race with huge political ‘baggage’ as well as many advantages. Iya is not well rooted in the politics of Adamawa central – he is typically only good in the politics of Uba, his village. Secondly, some of his opponents are in court challenging his victory in the primary election, they accused him of perjury– lying under oath. Iya’s Declaration of Age was reportedly signed by his father, but his opponents said, his father signed the declaration of age posthumously. If his opponent proved their case, Abbas will not only be knock-out of the race, he may even face some court’s punishment. On the other hand, the Adamawa House of Assembly has never produced a Speaker that has given his total loyalty to the Governor; like Abbas is doing to Fintiri, to the extent of conducting House preliminary even on a public holiday to attend to Fintiri’s request. Abbas’s opponents say, he will be a weakling when it comes to the legislative duties of a senator. Abbas’s style of politicking as a speaker has exposed his weakness in metropolitan politics, say his political adversaries.

Being a ‘newcomer’ in the politics of Adamawa central; Abbas’s strength cannot go beyond Hong and some portion of Gombi, however, Abbas is young and well educated with a good résumé presentable anywhere in Nigeria and the world. He will 100% rely on his unalloyed loyalty to Governor Fintiri for war chest, and many people that will vote for Atiku, will not mind giving all their votes to the PDP. Atiku Abubakar candidact is a plus to the PDP in Adamawa.

Abdul Aziz Nyako is coming into the game as a former senator who truly understands the intricacies of the politics of Adamawa central and, equally, banking on the goodwill of the Murtala Nyako cult-like followers, who will give him all their votes and support with their hearts.

Abdul Aziz’s party, the APC is battling a huge internal crisis – many aggrieved members of the party may likely give their votes to other parties. Furthermore, Abdul Aziz’s 2019 role that denied APC the governorship seat, is still in the minds of some APC adherents, they will see this time as an opportunity for a pay-back, in fact, they’re accusing Abdul Aziz of not being from the central zone. However, Abdul Aziz is a candidate to beat- four of the seven LGAs that made up Adamawa central senatorial have the largest votes,Ahmad and traditionally, they’re APC strongholds.

Ahmadu Hamman, the NNPP senatorial candidate is coming into the race- ‘free’ of political hassle. He will be the biggest threat to the APC- all his structures and votes are supposed to be APC’s. Ahmadu Hamman will cannibalize APC’s votes. And, his style of reaching villages and remote communities including philanthropic activities may be his ‘joker’ for the game. But, small parties hardly win elections in such situations, and, the NNPP’s presidential candidate cannot bring any meaningful impact on Hamman votes. but Hamman is a new bride.

Warchest, smart politics, and the swing LGAs of Yola North, Yola North, and Fufore will determine the winner of the Adamawa central senatorial election.

Next, I will look at Adamawa North, the battle of the trio- senator Abbo Ishaku (my friend), Reverend Amos Yohanna and Abdullahi Belel, where faith, tongue, resources, and anti-party politics will be the fulcrum of the battle. 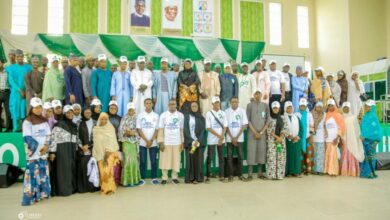 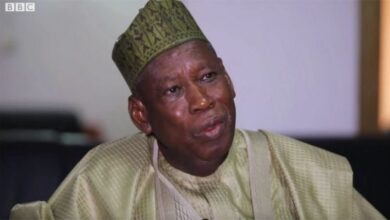 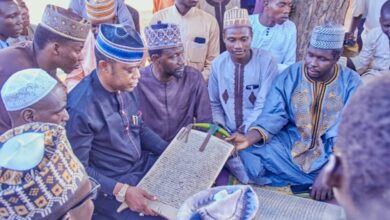 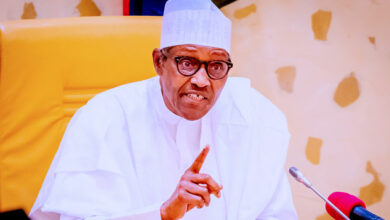