The reaction by the APC Adamawa State Working Committee Wednesday, rejected the list of the APC Presidential Campaign Council headed by the Distinguished Senator Aishatu Dahiru Ahmed, a.k.a Binani is greeted by counter reaction and outright rejection, it is tagged as sabotage to Tinubu/Shettima move to the presidency, having PDP elements behind the scene as alleged in a publication by Hon. Mustapha Usman Bash.

Read below the full text of the rejection response:

Our attention has been drawn to some shenanigans undertaken by the APC Adamawa State working Committee, acting in cohort with known PDP apologists to sabotage and undermine the Tinubu/Shettima Campaign in the State.

Let it be put on record that the position and role of Senator Aishatu Dahiru Ahmed (Binani) as the State Coordinator of the
Tinubu/Shettima Campaign in Adamawa followed her appointment into the PCC in Abuja. Senator Binani officially collected her letter in that capacity and was subsequently inaugurated on the 21st October, 2022, along with other PCC members.

As a dutiful party person, a democrat and a grassroot politician, Senator Aishatu Dahiru Ahmed (Binani) designed a template for establishing a PCC Campaign structure for Adamawa State that will ensure the design of a road map and a structure down to the Polling unit.

Consequently, the State Coordinator of the PCC undertook the following activities.

i. Reached out to the PCC Headquarters with her plans and
activity schedules.

ii. Extracted the names of all Adamawa indigenes on the master list of the PCC and sent letters of invitation to the meeting of 5th November, 2022.

iv. The Acting State Chairman of the party, members of the State
working Committee as well as all the 21 Local Government Party
Chairmen were equally sent letters of invitation to the said meeting of 5th November, 2022.

v. Sent letters to all APC serving, candidates for National and State Assemblies.

vi. Took a full-page advert, page 10, Daily Trust of 1st November, 2022, announcing the meeting of all the identified PCC members, some stakeholders and leaders of the party in the state as identified in Yola on the 5th November, 2022.

It is therefore absurd and indeed regrettable that the state working committee of the APC, which was duly intimated of this laudable programme came out and addressed a press conference claiming
ignorance of this elaborate arrangements made.

This is clearly a direct confrontation with the PCC and a clear case of sabotage of the Tinubu/Shettima Campaign in Adamawa State for reasons best known to them.

Let us state for the avoidance of doubt that this State working Committee has the penchant to undertake acts and actions that are at variance with the Constitution of the APC or known norms and principles of democracy. Currently, the body is operating under:

i. An acting chairman who is not only ignorant but lacks focus and capacity and basic tenents of democracy together with leadership responsibility. After a legitimate one was intimidated and forced to resign.

ii. An acting deputy chairman a position unknown to any law of
our party or practice.

iii. An acting woman leader after the legitimate one was forced to resign under dubious circumstances.

iv. An acting vice chairman (South) because like the woman leader, the democratically elected occupant of the office was as well forced to resign.

v. An Organizing State Secretary who is a nephew (Mustapha Ribadu) to Nuhu Ribadu “dares that if not his brother, no one else in APC”, PDP should take it all.

The activities of this misguided elements are not only capable of undermining Tinubu/Shettima campaign in Adamawa State, but worst of all, is that this same characters under the guidance of some power mongers and a marabout who is soul and body PDP in Adamawa but claims to be APC in Abuja, danced and jubilated when the Federal High Court in Yola said, Adamawa APC will not have a candidate in the next election.

I challenge the acting chairman to mention any ONE name in the National Presidential Campaign Council that is not on the list. And to also mention any name from amongst those invited from the 21 Local Government Areas of Adamawa State that is not an active party stakeholder.

I also challenge him to deny the fact that the acting chairman himself, Local Government chairmen, Secretaries, Youth leaders and women leaders of the party or state working committee members of the party that are not invited to the meeting of 5th November, 2022.

We have our records. APC IS NOT KNOWN FOR DECEIT OR Falsehood. LAST WORD THE SATURDAY 5TH NOVEMEBR MEETING WILL HOLD AS SCHEDULED GOD ALMIGHTY WILLING!!!

It is a strategy meeting to provide a road map, elaborate structure and the various committee for the success of Tinubu/Shettima and indeed all APC candidates in 2023 general Hon. Mustapha Usman Bash in our dear state Adamawa. 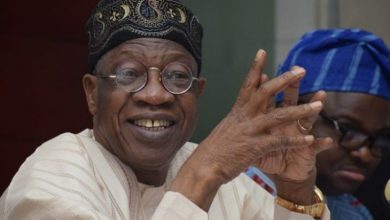 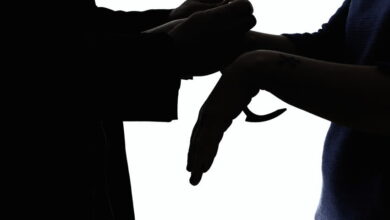 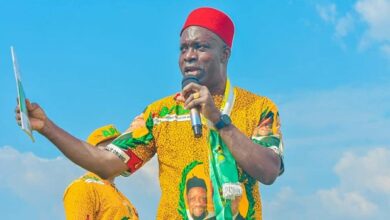