This morning, a torrent of nonsensical, incoherent and loosed comments were circulated in response to the patriotic and brave suggestions Umar Mustapha Madawaki, the gubernatorial aspirant of the APC made on the theft, misplaced priorities and harmful acts of the current PDP government in the state.

Those making such awful comments do not deserve our attention, but for the good of our dear state, we will continue to expose the lies and deceit the Fintiri administration is hiding behind. In times like these when the future of our children and generations unborn is being mortgaged by those who lack history and stake in the future, silence is not and cannot be an option.

For the sake of clarity, Otumba is not demolishing bridges without alternative ones that are useful and productive to our populations. By the way, given a choice, will the people of Adamawa vote for schools, increased salaries, entrepreneurship, hospitals and rural roads or bridges that only serve the pockets of the governor and his functionary?

Will the people of Adamawa choose a future where their children and grandchildren live in peace through food security and gainful employment or a situation where they struggle to put food on the table while political office holders borrow billions in the name of bridges?

Will the people of Adamawa go for economic emancipation and steady growth of businesses or those crazy ideas that only benefit the oligarchy?

The answers to these questions are obvious to all discerning minds. What Otumba is saying is that while he is interested in infrastructural development, he does not agree with neglecting key development sectors, especially education and entrepreneurship and economic empowerment in place of bridges.

What is more is that he will never agree with the corruption of building bridges, which the current administration is known for.

As a successful a businessman and accomplished policymaker, Umar Mustapha understands that a bridge does not produce direct revenue, hence a loan for a bridge is absolutely a mad idea. It has to stop!

In the end, our campaign is one that is guided by sound principles of engagement. We shall continue highlighting the faults of the current deception called government, while at the same time providing the people of Adamawa with our intentions to correct the anomaly and reposition this state to its glorious past.

The post Who is afraid of Otumba? appeared first on VOICE OF AREWA. 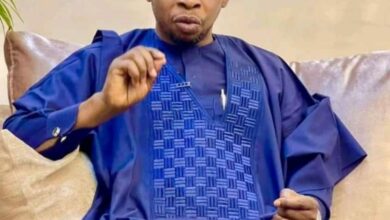 ZAURA’S 200 MILLIONS EMPOWERMENT TO STUDENTS: THIS IS JUST THE BEGINNING… 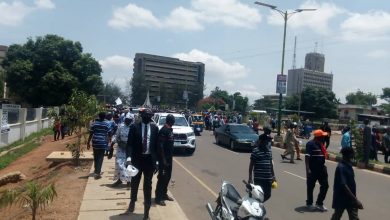 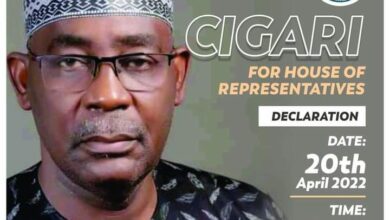 A message of Declaration of Aspiration, and the assurance of HOPE 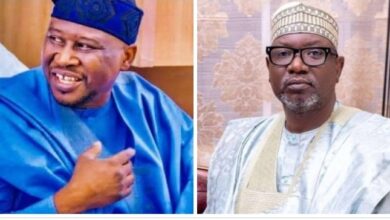