…Adamawa APC leadership said it would appeal against the judgement with the prayer for the fresh conduct of the party governorship primary election, it is hoped that the same delegates would be commissioned to recast their votes, otherwise not a necessary option – Leon

The mood of the moment, following the Federal High Court’s Friday judgment in Yola, was described as sorrowful. It was a collective mourning that greeted the state with the disqualification of the Adamawa APC governorship candidate based on what the jury presented as over voting, during the primary elections conducted by the party on May 26 and 27, 2022.

It was a miscounting presenting an insignificant number”; just four beyond the number of accredited voters, some political pundits would point out, not enough to deliver a harsh judgment, for the negligible few in the opposition within the party, joined by the other political party opponents to enjoy rejoicing.

Granting a telephone interview with the Fact Check – one of our Adamawa based credible online media – Senator Girei, while cushioning the shock generated by the harsh judgment, called for calm with the assurance that the Anka judgment would be challenged at the higher level of the law.

A case was brought before a noble judge with Prophetic spirit, Suleiman AS; two women have made claims of maternity to a newborn baby, before the jury.

The Prophet as justice with wisdom, in his ruling said, the newborn baby in dispute be bisected and shared to the women, failing to establish convincing evidence for their maternal claims.

The noble jury in the Prophet Suleiman’s wisdom then passed the final untypical of the Friday’s judgement that she who surrendered her half to make full for the other fool, was the real, legitimate, biological mother who would rather sacrifice the care of her child to the one bereft of empathy than remain battling with the sorrow of losing the baby to eternity.

The newborn baby was handed over to suck from the fresh breast of its real than imagined mother in whose womb it was conceived, in whose care the Almighty had entrusted.

Those who are celebrating; satisfied with the judgement passed yesterday, Friday, October 14, 2022, taking it as a victory on their side, aren’t in any way patriotic party members.

Hon Ahmad I Sajoh has aptly captured this in his piece, “PARABLE OF THE ANGRY FATHER” where he articulated that “…while we pray that the court of appeal will correct the obvious anomaly in this judgement, we wish to state very unequivocally that this loss is not just for the persons involved but our collective loss. The biggest losers are the leadership of the party at all levels… The aura of arrogance displayed by those who are rejoicing at this tragedy is indeed despicable. The nonchalance of the party leadership since the saga started, only betrayed incompetence…”

To rescue the success of the APC in Adamawa state and the hope of reclaiming the Dougirei Hill, there should be an appeal challenging the Federal High Court’s Friday judgement.

While we commend the amazing amazon for her struggles, calmness, maturity, effective and efficient representation and exemplary leadership, we hold that the unfortunate development, for which the distinguished Senator Binani is innocent thereof, is indeed a trial beyond the Anka judgement. A test of the strength in being faithful to fate as divine, a moral booster and encouragement to reclaim one’s due before the law by challenging the Friday judgement as final.

There’s nothing victory in this case, as much as there’s no retreat and/or surrender with the opening to challenge the ruling and the Friday as the final judgment day, I would have congratulated the rather unpatriotic supporters who think that if not their preferred candidate, no one could, would should and must have it. However, Hon Ahmad Sajoh’s lesson, in his “PARABLE OF THE ANGRY FATHER,” is worthy of consideration, in addition to the call for caution against consequences to one’s action, lest he is claimed by the very same JUSTIFIED! intercourse with the negativity.

Counsel to Malam Nuhu Ribadu, the complainant, has told the newsmen that they would appeal against the judgement. Counsel to the Distinguished Senator Aishatu Dahiru Ahmed, a.k.a Binani has also said he would consult his client for the next line of action.

Concerned elected in mourning would ask whether or not APC as a party would challenge the judgement before the court of appeal, whether or not it would plead guilty and surrender the victory to the opposition party by not fielding a governorship candidate in Adamawa state, in the forthcoming general elections, considering the damage the distraction could have caused the party, defining the electioneering atmosphere of the deafening moment?

The PDP presidential candidate, the former Vice President Atiku Abubakar, is from Adamawa state, even if the Waziri Adamawa is to be disgraced of the mandate from the northeast, at least not in Adamawa and Taraba, adjudged to be the PDP stronghold twins states. Are they really, politically tasted and trusted twins or twisted and toasted with unrelated experiences?

APC would want to reclaim Adamawa that is said to be recklessly lost to the PDP. A state with the nation’s First Lady, the SGF and the minister of the capital territory among the distinguished personalities.

Yunusa Abubakar, a social commentator based in Nasarawa state argued that the APC, should singularly consider registering an appeal, challenging the Friday judgement in favour of the teeming participating, patriotic electorates not to suffer from judicial disenchantment, for a disenfranchised engagement at the polling units in Adamawa state; a democracy must be democratised for the greatest good of the state.

Abubakar argued that it was a mistake of miscounting rather than misconduct associated with over voting that should not be tied to the candidate who won the governorship ticket at the party primary election.

Fielding the popular call, the state leadership of the APC, while addressing journalists Saturday at the party secretariat in Yola, having called for calm, said the party would challenge the high court judgment that disallowed the conduct of the fresh primaries, before the appeal court.

Leon Amos, focusing on the judiciary and the judgement, would argue that it would not be necessary calling for a fresh conduct of party primary election, resulting from the insignificant number generated out of miscounting, considered as over voting, the appeal should rather target at confirming Senator Binani as the governorship flag bearer of the party, unless otherwise the same delegates would be commissioned to recast their votes

Referring to the syncategorematic consideration of the different forms of democracy, in my vocabulary, though not the final – as one holding sympathy with ironism as a philosophy propounded by Richard Rorty- any election, devoid of a strong candidate fielded by a major opposition party, is void of participatory democracy, the voice of the voiceless would turn out to be torturously torporous.

But like Richard McKay Rorty, I joined in the advocacy for the creation of a culture of global human rights in order to stop violations from happening through a sentimental education, with the argument that a sense of empathy should be created or empathy should be taught to others so as to understand others’ suffering. 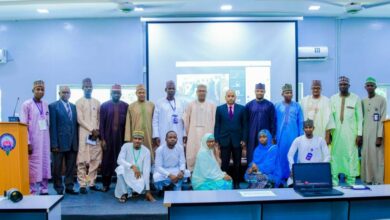 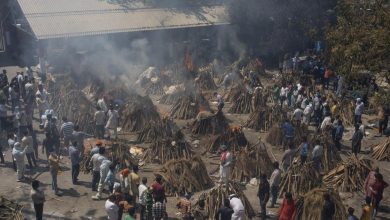 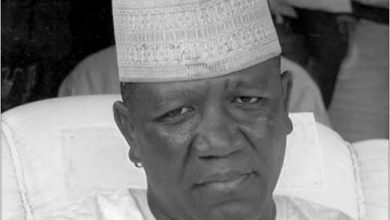 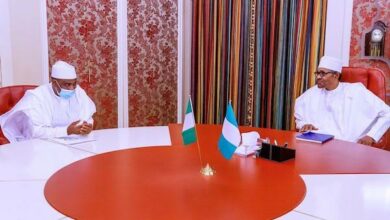